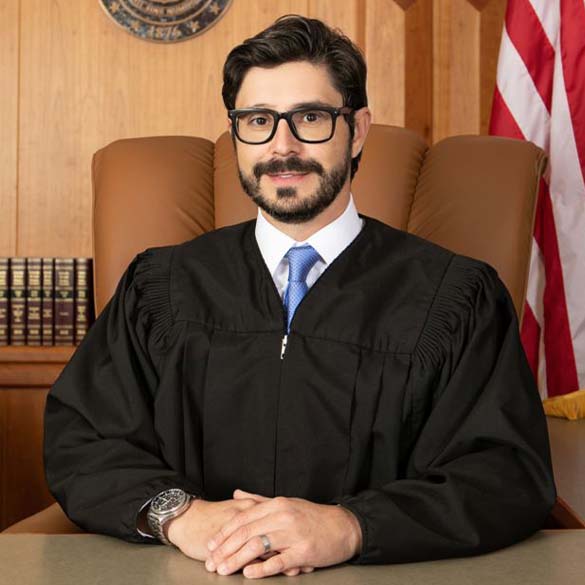 Between 2014 and 2016, Judge Villaseñor was detailed to the U.S. Department of Justice’s Office of the Pardon Attorney, where, as part of the Clemency Initiative, he made recommendations to the Pardon Attorney, the Deputy Attorney General, and the President of the United States on applications for commutation of sentence submitted by federal prisoners convicted of drug-possession or drug-distribution offenses. His work led to five sentence commutations.

Before working as a federal prosecutor, Judge Villaseñor was an Assistant Attorney General at the Tennessee Attorney General’s Office (2003 – 2008), where he represented state agencies, departments, corporations and, at times, state employees in federal and state court. He specialized in appellate practice and argued over 60 cases dealing with civil rights, dependency and neglect, child support, and workers’ compensation

At the beginning of his career, Judge Villaseñor was the Justice William J. Brennan First Amendment Fellowship Attorney with the American Civil Liberties Union in New York (2002 — 2003), and a law clerk to U.S. District Judge William J. Haynes, Jr., in the U.S. District Court for the Middle District of Tennessee (2001 — 2002).  Judge Villaseñor earned his A.B. from St. John’s College (Annapolis) in 1997 and his J.D. from Vanderbilt University Law School in 2001. He’s presently enrolled in an LL.M. in Judicial Studies at Duke University School of Law.

The RJ Council is excited to announce an open seat for an RJ Practitioner member.